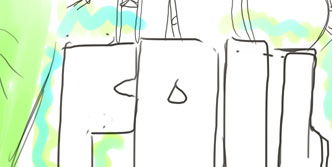 [7/27/2009] So, Derek and I finally did another paintchat. Our objective this time was to fill as much white space as possible; click above to see the result.

We went into this with a theme to be as random as possible (I was thinking stuff in the vein of Looney Bin Chronicles, still one of my absolute favorite things I’ve ever drawn); we failed at that, then failed at drawing, then drew about fail, then somehow wound up with something that was kinda epic.

Yeah, expand the image to full size and look around. There’s a lot of stupid/cute little jokes hidden in there…

J’s got his Eila, so let’s talk computers again this time around. The last time I “inventoried” the fleet was back in d212. Not much has changed this time; the fleet has actually retained the same members for almost a year now, which is probably a record since I started to care. This is, for the record, probably the first picture I’ve taken of the fleet in its entirety, too. At any rate, I’m just going to put out an abridged version of the inventory:

On Friday the fleet finally went completely solid-state. This has been a long time in the making, though it ultimately happened sooner than I thought. The TC4200 got its CFSSD way back in 2008, the E6400 got one near Christmas, Motoko got hers in March, and Colette finally got her 80GB, 7200RPM notebook drive replaced with this last upgrade. I hadn’t been planning on moving Colette to SSD until the price of the said Samsung drive dropped a bit further, as I don’t really use her as a day to day driver, but since I’ve got a fair amount of income at the moment, I figured why not.

So obviously all my files don’t fit onto three 64GB SSDs and a 4GB CF. Storage space has, for the past year and a half now, largely been provided by 500GB desktop drives, the first of which I purchased in late 2007. Currently, there are three such drives; the total capacity of which is maybe 1/3 to 1/2 filled. A lot of people seem to like to cram everything they own into a single 500GB notebook drive or whatnot, but I like to keep my boot drives clean. Even with the 64GB SSDs on Motoko and the E6400, I don’t use up much more than 30-40GB at a time.

A couple smaller updates: all the fleet members now have 2GB of memory (save for Colette, who’s got 1536MB). I don’t like running page files on the SSDs (though it really shouldn’t be too bad for the true SSDs; I dunno about the CFSSD though), so the working set has to go entirely on memory. I initially thought 1GB would suffice for my usage, but I hit this 1GB limit at least a few times with the TC4200, so I decided to give everyone 2GB. Haven’t ever hit that limit yet. Colette and Motoko now have these Quadro graphics cards. I don’t remember why I did this anymore, but it obviously must have been due to the fact that I don’t need much graphical power.

That’s an Inspiron 910 on the left and an aforementioned D610 on the right. The Mini 9 proves that Dell’s pricing is retarded. Back in May, we upgraded my mom to an E6400. Playing with the configuration doodads on Dell’s site gave us two identically specced E6400’s at the same price… except that one came with a Mini 9. Since this price was essentially on par with the lowest priced E6400 of the same configuration, I could say we got this for free.

The D610 is indeed loading OSX. A friend of mine was considering hackintoshing his E1505 so that he could try his hand at the iPhone SDK. That piqued my curiosity so I decided to give it a go. At this point, after much hassle, I’ve gotten the whole shebang to work, albeit not very well. At the very least, there’s sound and wifi. I can also dual-boot Windows XP using the XP bootloader to boot (NPI!!!). The biggest problem at the moment seems to be that none of the power-saving features, especially of the GPU, seem to work. The thing’s constantly pulling 27W at the plug (whereas it should be doing like 11W at idle) and the fan’s just churning away full speed all the time. Can’t sleep or standby either.

I’m fairly confident that I can get the mess running on the E1505, but we’ll have to see how that goes.

I’ve so far maintained a policy in which I don’t name laptops, only desktops. At least for me, I feel like if you didn’t go and choose and buy all the parts for your computer and put it together (as easy as that is these days), it isn’t really name worthy. I mean, this isn’t really set in stone; the Dell Dimension v333c that’s still chugging away in my dad’s office is named Flonne (honorary member of the fleet, I suppose). It’s a pre-built machine, but there’s nothing left of the original machine save for the power supply and motherboard. Processor has gone from some Celeron to a Pentium III. Memory is like 384MB of SDRAM, up from 128. Hard drive definitely isn’t the original 10GB mess. Video is a PCI Quadro over the original IGP. I suppose if you’ve owned the machine for a while and used it and tweaked it some, it can, you know, come to deserve a name, but so far I haven’t given any of my laptops names.

If I had to choose, the HP would probably be Minatsu (DCII). The E6400 is a bit tougher. I’d really want to use Nagato, but I don’t think it’s in good taste to use what I generally consider a pretty popular character in a fairly well-read series, but after Nagato, the choices really broaden out. Looking at some of the more obscure series at the top of my rank list, I could go with Aika (Aria), Fate (Nanoha; again, though, kinda falls in the same pitfall as Nagato), Suigintou (Rozen Maiden; doesn’t really roll off the tongue), Triela (Gunslinger Girl; again, doesn’t really roll off the tongue), etc.

Having some sort of theme (which I don’t), would probably help.

Alright, this one actually took a while to write. I think I’m off for now.

EDIT: I nearly forgot – I don’t really consider myself much of a photographer, but I found this in my archives and I thought it was a really nice shot: 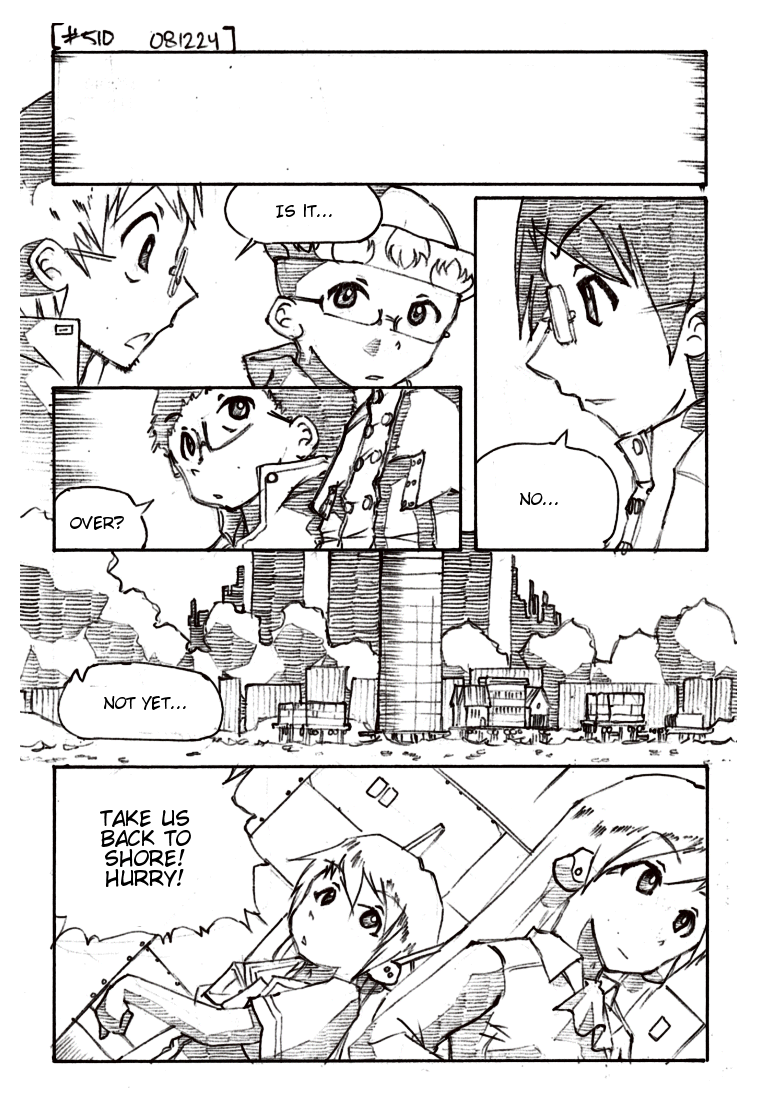 Totally forgot about the update yesterday. Other than that, nothing really. Busy with work.

[7/20/2009] Follow-up to last week’s 4koma. After the events of the first one happened on the trip, my sister and I kept sticking in references to poop in later games of 20 questions. Yeah, we’re kinda immature. It’s kinda fun though…

Also, I purposely stayed away from the obvious “a shitload of poop” pun this time…

My sister makes an appearance in today’s comic (She’s the one who drew this update). While we were in Taiwan we played some 20 Questions to pass the time on road trips. Basically, the point of the game is to guess what the other person is thinking of using 20 yes-no questions (the answer “sometimes” is also acceptable). You start by supplying whether the item in question is animal (a critter), vegetable (a plant), or mineral (everything else) — abstract concepts are disallowed. Obviously, minerals tend to be the hardest to guess. More info about 20 Questions can be found on Wiki.

So yeah, that’s all for this time. More 4koma to come, probably.

Random side fun thing: so, one of my friends on IM who I talk to a lot is currently stuck with spotty internet service and also has to use web IM clients. This creates an interesting scenario: not only does she fall off the network occaionally, sometimes I receive her messages out of order. Today, after she fell off the network, then signed back on, this exchange occured (name changed to protect the innocent):