These first two pages of doodle were done in August. This is a general redesign of Bradly’s yacht from Reflection. I don’t seem to have a drawing of the original posted, but the general gist is that lines became straighter and the ship became less obnoxious. Also present are Charles, Bradly’s pilot (chauffeur? butler? secretary? we’re not really sure at this point), and Bradly donning his traditional Founder suit over a Steve Jobs-esque black turtleneck.

This is a little more recent, but it’s another general redesign, this time of the Wind Charmer Wynn from TIAIIS. Again, I can’t seem to find my original sketches on the site, but again, the lines became straighter (though this one wasn’t particularly obnoxious in the first place). I think the general result here is that the ship is overall more “professional” than it used to be. Meaning, even though it is still built from two ships, it looks like the military did the conversion, rather than John Doe.

Well, November’s update a little early as I’m gong to be busy next couple weeks.

We’ve certainly got a lot of mileage out of boats this year. This is probably the fifth or sixth relevant update. I don’t really remember what prompted me to draw this series (obviously the boats did, but I’m referring to the fact that I basically never draw 4koma about “The Adventures of D and J”, regardless of whatever stupidly funny things we do), but here it is in it’s full three-page glory. 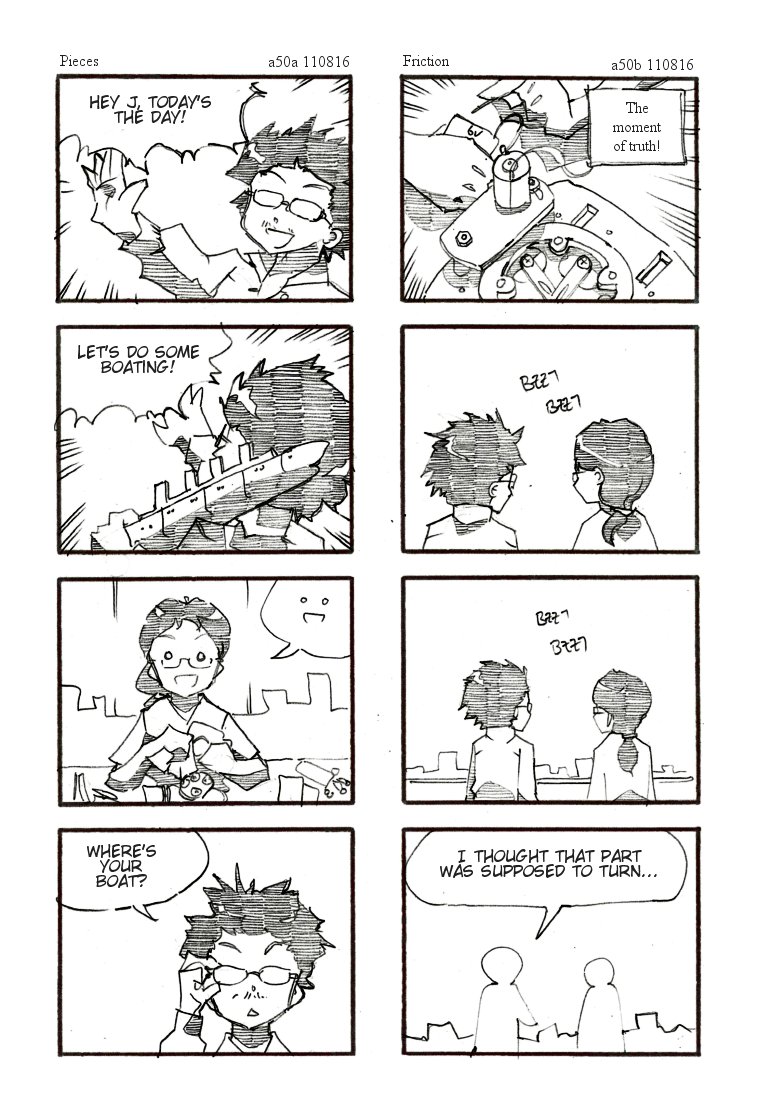 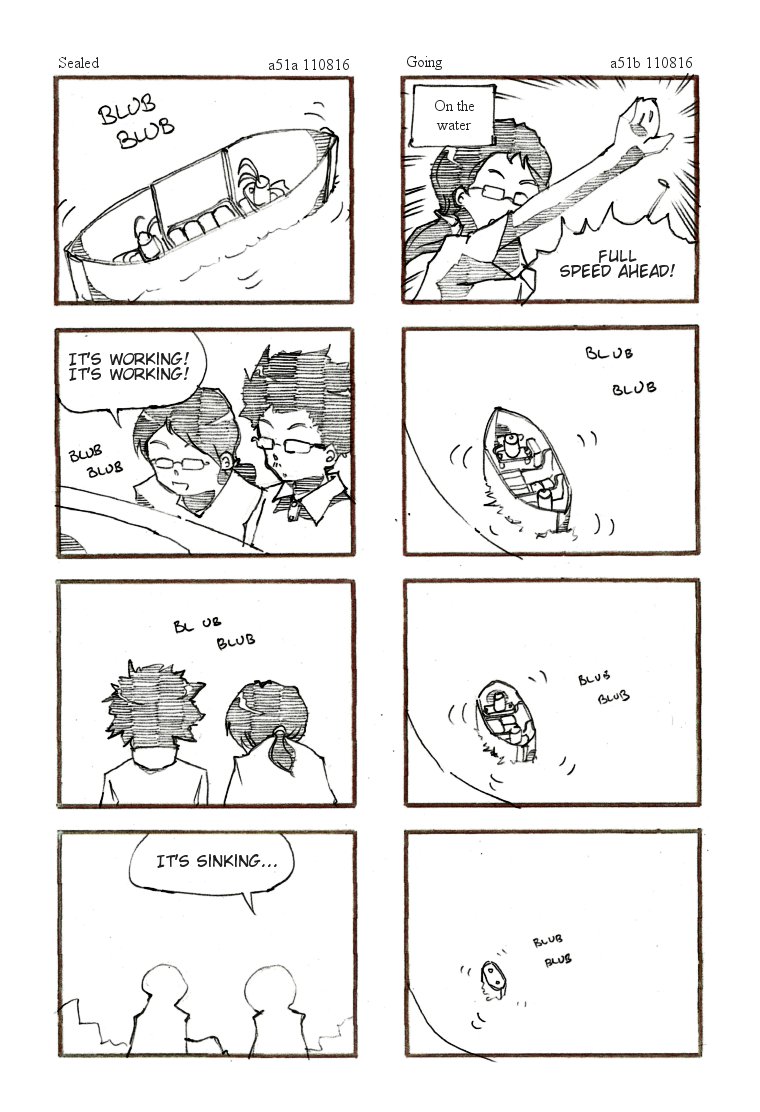 J agrees that, for the most part, this accurately depicts all the silliness that went with the first boating outing (except for maybe the “pew” on the propeller thing). I think J also agrees that the drawings relatively accurately depict the physical state of me and him…