I haven’t been quite as prolific with paintings in 2013 as I was in 2012, but I’ve been turning out a good number and variety nonetheless. I say time and time again that my constant struggle is one to simplify tooling and process, to make the finished product with as few tools and as few steps as possible. For the past couple years this has been a theme in my life outside of drawing as well as I’ve continuously tried to get rid of junk that I don’t need.

Anyway, this quest has led me to keep revisiting tried methods of painting, which is how this first one is done. 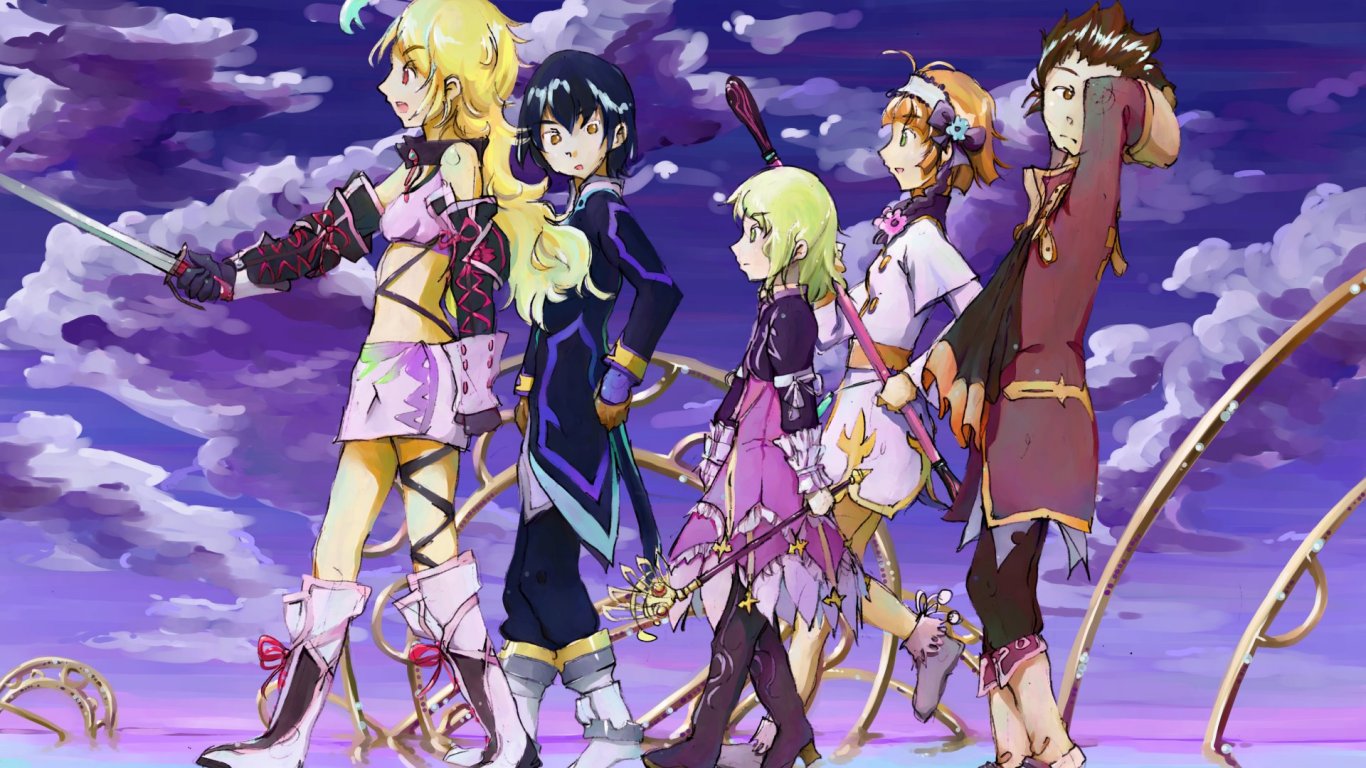 Pure pencil linearts have been done time and time again with varying degrees of success. Even this particular flavor of pure pencil lineart – more or less a sketch with little to no touchup – has been done enough for various Tales group paintings that you can see the evolution (The years are 2006, 2007, 2012, and 2013 respectively)! Overall I think I definitely did better on this than on the Graces 2012 painting with the same process, but it’s one of those cases where I can’t quite put my finger on why.

One of the reasons I want to simplify drawing process – other than for the sake of simplifying – is that I want to be able to draw detailed backgrounds without having to draw them twice. This means that I don’t want to have to draw it in pencil and then go over in ink, nor do I want to draw it in pencil and go over it again in digital ink. Going all pencil is one direction I could go, but with pencil I have that whole smearing problem, and increasingly more relevant is my increasingly passionate hatred of eraser crumbs.

Going all digital is a little more interesting because even after many false starts (almost as many as pen), I am still convinced that it is ultimately the way forward. That being said, I am increasingly convinced that the false starts are from beginning to hit the limits of my tooling, and that goes for things other than cursor accuracy now. My latest gripes are not being able to zoom out more than a certain amount in OpenCanvas and how the program renders everything without anti-aliasing at any zoom level other than full size. The former obviously makes it very difficult for me to look at a drawing in it’s entirety, which is especially important if I’m going to draw stuff digitally from scratch, and the latter makes it very difficult for me to visualize actual line quality when zoomed.

Of course, the accuracy problem is still more annoying especially for drawing, which is part of the reason I keep trying to let paint do the work. This next painting follows the same theory, but I am also trying to do some better background work as per my last post. Initially I intended to digital ink the figures and remove the background lineart, but I didn’t. 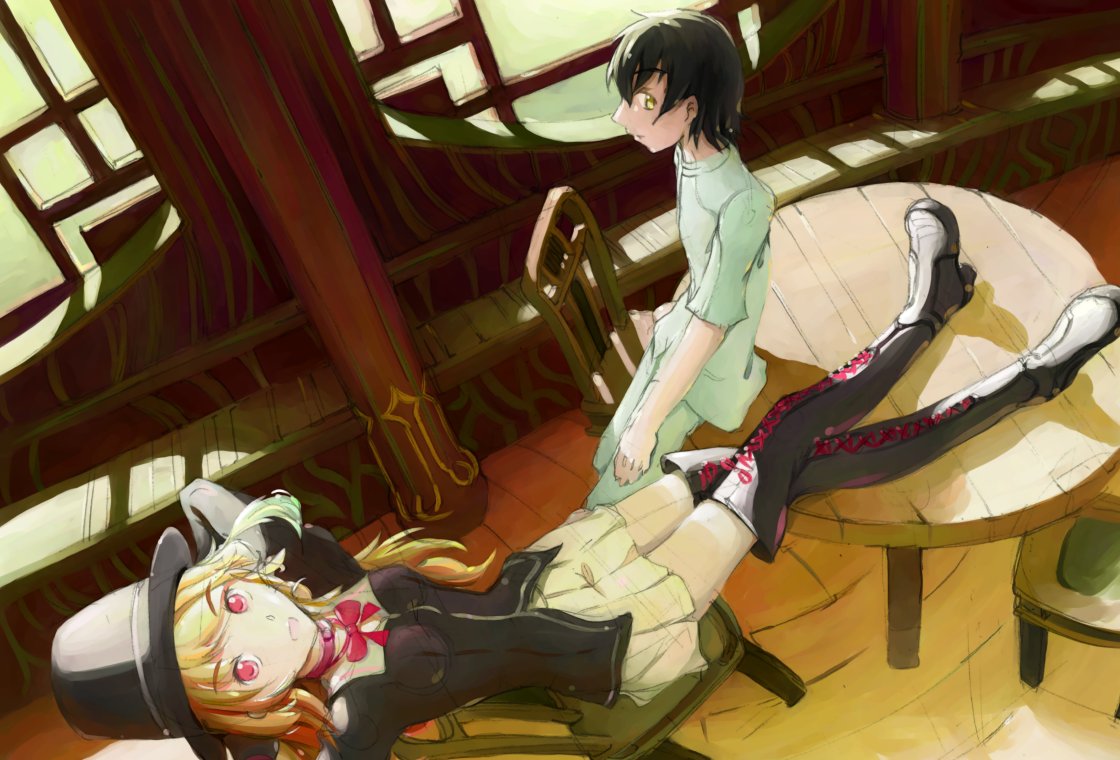 I thought the lighting here would be difficult to do, but I just did it like element by element, little by little, and I think it turned out pretty well. I did a tiny bit of erasing/touchup on the single-weight pencil sketch, but I didn’t do any color adjustments on the paint – for the most part I think I’m becoming decent at getting the colors that I want the first time around.