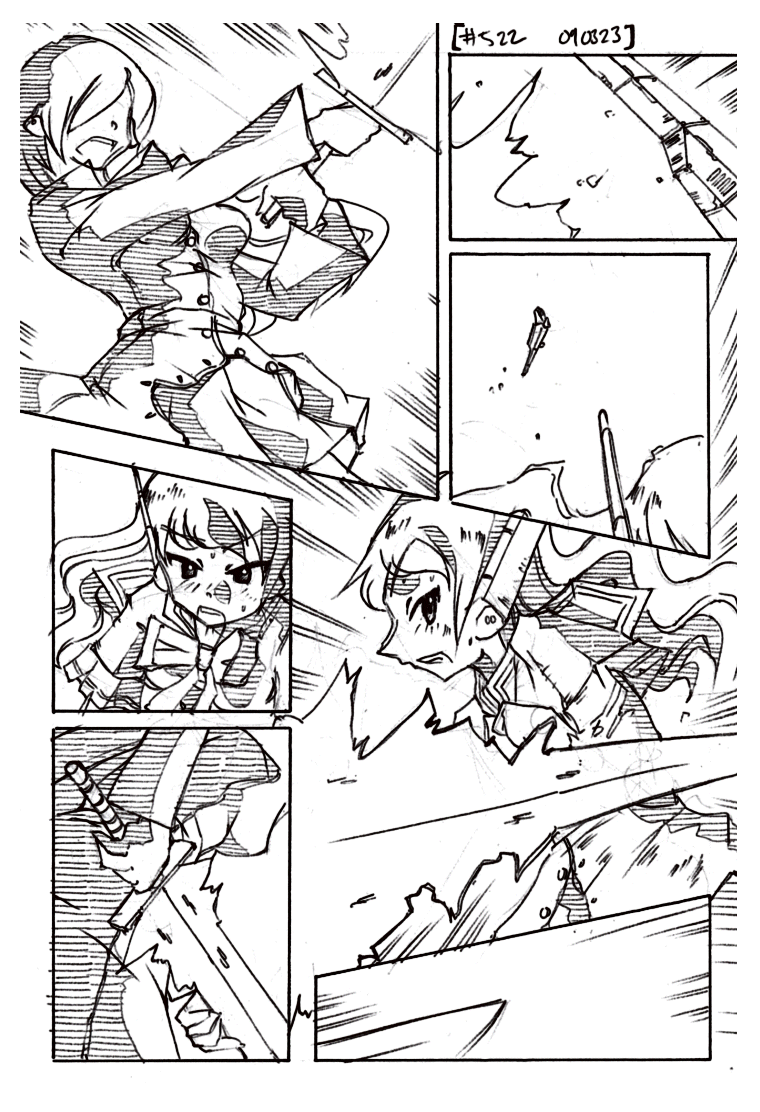 It’s a shame I don’t really have anything to say this time because it’s the first Sunday night in a while that I haven’t been too busy. It’s been so not busy that I’ve spammed a ton of anime and drawn a comic page – the first one in a month at that! – all while doing a ton of psych reading in the morning.

I’m watching this baseball anime that aired that season, and while I generally frown upon sports animes, this one’s quite good. Hell, Bakemono mighta had some competition if I had actually watched Yakyuu Musume while it aired. The good news is that I can spam it now… which I’ve been doing. I’ll be sad when it ends in three episodes, though.

Another one I watched after the fact is Spice and Wolf II. I was initially put off that the art quality had kinda gone downhill (especially since it wasn’t that great in season I), but the less episodic nature of the second season kept me going, and I ended up finishing it in like a week or so.

On the whole the summer season this year is probably one of the better ones we’ve had in a while. More less than crappy shows than more than crappy shows. The only real crapshot musta been like Shangri La, which is quite the disappointment since the art was done by the guy who did Last Exile among other things. Hell, I don’t even remember most of the stuff that I watched last season.

Come to think of it, there was this Haruhi thing…

Anyway, the current season has a few looking up. Railgun was all set to be my number 1, and then this Seitokai business came outta nowhere and stole the show. At any rate, I hope I actually have time to watch all the shit. It’s gonna get hella busy soon. Might be the last entry where I can write something for a while, which is why I’m trying to get some mileage out of it, even though I usually don’t entry much about anime.

Ok, might have a real entry next week. That all for now.

EDIT: I really like this page, the next page, and the one after that. I actually all the pages from maybe 510-515 to the end of the Directorate story arc are pretty good, but the quality tapers off a little bit past 524-525, just because it’s hard to be perfectly consistent with the quality.

Only 19 pages of the arc left, too. We’re at the point where I can count and say “we’ll be done with the storyline on the week of March 1st, given that there aren’t any disturbances between now and then. Not quite the end-of-the-year deadline I originally promised, but that mighta been just for the drawings.

Ok, done for real this time.